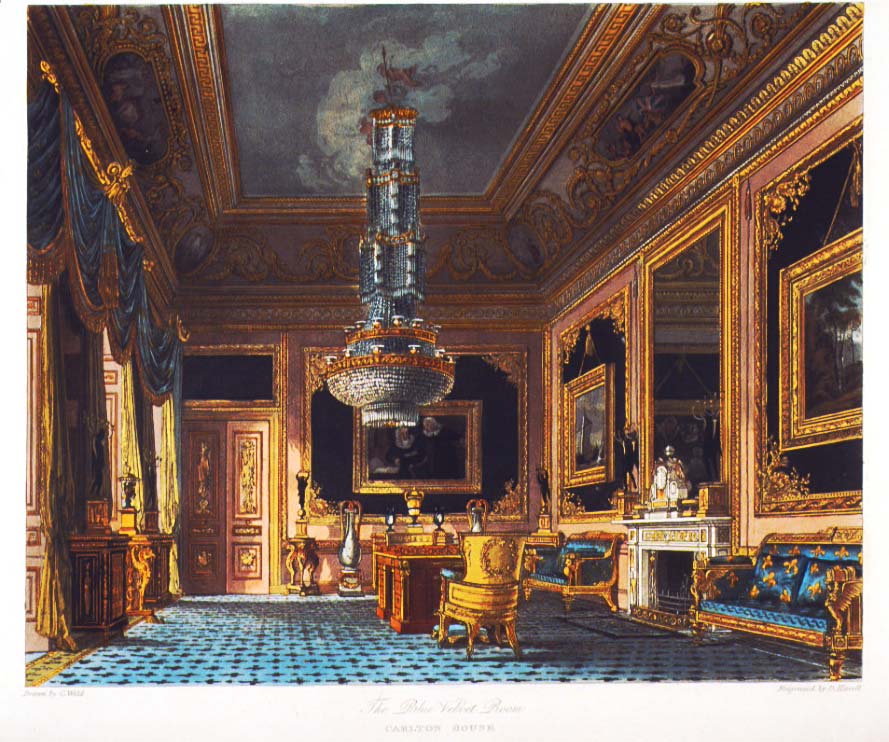 is another room in Carlton House.

After the overt glamour of the ballroom, the Blue Room seemed positively staid, though it was appointed in the best manner. The walls were covered in blue damask, which matched the upholstery. Gilt frames bordered the walls, with cleverly rendered oysters on the half shell in each corner. By the very absence of glamour, the Prince Regent displayed his taste and means here as much as in the ballroom, because everything from the elaborate carpet to the massive crystal chandelier was real.

Real gold gilded the arms of the chairs. Real candles stood in the sconces instead of fairy lights, so rather than the faint glow of glamoured light, the room truly was bright and airy.

The only glamour in the room adorned the ceiling, which had a glamural of sky and clouds drifting in a simple repeating pattern. The clouds circled the chandelier so that the crystals would not catch and diff ract their glamoured folds. The effect seemed one part dance, one part storm— very like life at court itself.