Deborah Biancotti is joining us today to talk about her novella Waking in Winter. Here’s the publisher’s description:

On a far, frozen desert world, Muir the pilot discovers an ancient artefact in the ice. She sees a mermaid at first, but later comes to wonder if it is Ningyo, a fish god from her homeland in Japan. A god that brings misfortune and storm. A god that—by all means possible—should be returned to the sea. The rest of Base Station Un see something else. Bayoumi the lab rat sees Sekhmet the lioness goddess, daughter of the sun god. Partholon the creep finds in its shape a ‘good, old-fashioned cruxifix’. But all of them want to possess it. All of them want it for themselves. 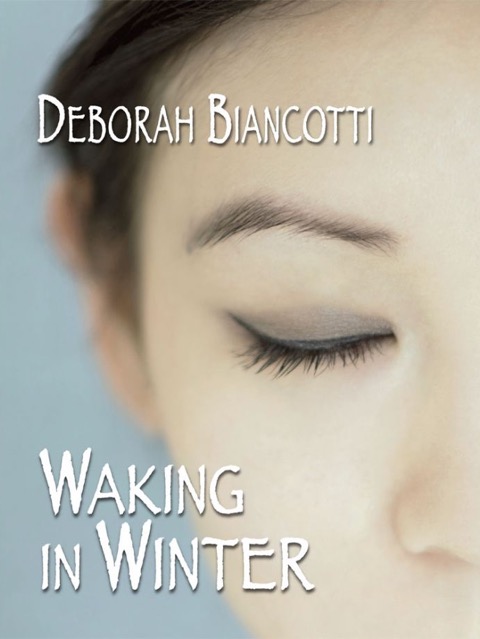 The thing I geeked out about most when I was writing Waking in Winter was ice.

Yeah, I know. Doesn’t sound fascinating. But for many of us in the Southern Hemisphere, ice is pretty exotic. That’s partly why I’ve had such an obsession with stories set in icy, snowy landscapes. From John W. Campbell’s 1938 novella Who Goes There? to Alistair Maclean’s 1963 novel Ice Station Zebra. From John Carpenter’s 1982 movie The Thing to . . . well, how do you follow up The Thing?

So when I wrote my own ice-loving story, I read up on polar exploration. I discovered that in 1897, three Swedish men died after trying to circumnavigate the Arctic—in a balloon. I found out that in 2008, NASA dropped ninety rubber ducks into a glacier in Greenland. They’re still looking for them. (Ninety! That’s like the number of Tupperware lids I’ve lost.)

I learned that scientists in the Antarctic carry pee bottles, and transport frozen human waste back with them to their own countries for sewerage treatment. (Solids are burned, in case you were wondering, and the ash is also taken home.) Waste management was so out of control on our initial forays into the Antarctic that countries are still undertaking remediation treatments of sites where oil drums and old vehicles have been dumped, contaminating the ice.

I read a fabulously cynical cult classic called Big Dead Place by Nicholas Johnson. The London Times called it “M*A*S*H on ice”. Johnson was a contract worker at McMurdo Station, an American Antarctic research station. From drunk clowns to frozen stalagmites of excrement, Johnson had seen it all, done it all and described it all “to a repetitious soundtrack of Foreigner and The Eagles”.

From Johnson’s book I borrowed the idea of expedition classism and station decoration. Johnson reported on plastic trees and fake houseplants. I used a deflating palm tree. Either way, there’s something stubbornly human about the desire to decorate the icy landscape like the world ‘back home’.

Turning to other ice research, I read about Frederick Tudor, the young nineteenth century entrepreneur who invented the ice trade and became a millionaire. I learned that Antarctica is a desert, because so little rain or snow falls there. I looked into the frozen underground ocean on Mars. I realized my main character, Fuyuko Muir, has been trying to get by with a frozen sea inside her, a kind of emotional desert that she thinks she skim across in her twin-seater plane.

I barely scraped the surface of life in polar climates. But it all helped to shape the world of my story: an icy, unnamed planet with remote scientific outposts and an unknowable alien presence. Sometimes the research helped in very small ways, and sometimes in bigger ways (like the ducks. I used the ducks).

I admit some sadness came from writing this article, though. As I searched for updates to my research, I discovered that Alberto Behar—the NASA scientist who created the rubber duck experiment—died in a light plane crash in LA in 2015. I found that Nicholas Johnson’s book Big Dead Place was set to be made into an HBO series by James Gandolfini—until the actor/producer died in 2013. (The TV show is potentially still moving towards development.)

And Nicholas Johnson himself died by his own hand in 2012, after having been blacklisted from returning to the Antarctic outpost he’d described with such unabashed bittersweetness. I tried to visit his Big Dead Place website and found a server error that rendered the whole thing a pure, blank, white space.

Learn more at these links:

Waste Handling in the Antarctic:

The Man Who Shipped New England Ice Around the World

The Fascinating Life and Death of Nick Johnson

Deborah Biancotti is the author of A Book of Endings and BadPower, and co-author of the New York Times bestselling novel, Zeroes. She has been shortlisted for the Shirley Jackson Award and the William L. Crawford Award for Best First Fantasy Book. Her new novella, Waking in Winter, is available from PS Publishing. Deborah lives in Sydney, Australia. You can find her online at deborahbiancotti.com and on Twitter @deborah_b.