Catherine Schaff-Stump is joining us today with her novel The Vessel of Ra. Here’s the publisher’s description:

While traveling in Venice in 1837, Lucy Klaereon, in order to save her family’s honor and her immortal soul, decides to commit suicide by drowning herself in the Grand Canal. Unfortunately for Lucy, she is rescued. Her rescuers believe they can separate her from the demon Ra, whom she is destined to fight because of an ancient family pact.

What Lucy does not know is that her rescuers have their own agenda. Paolo Borgia, head of a deposed magical family, wants to use Ra for his own purposes. Lucy is given an alternative, to separate herself from her demon and family, which she gladly welcomes. When she finds out the truth about Ra, Lucy’s purpose changes from not only freedom, but to righting an ancient wrong.

Octavia, Lucy’s older sister, is in pursuit. She has been trained since birth to kill Lucy when Lucy loses her battle with Ra. At the ritual to free Ra, the two sisters clash with surprising results. Octavia is possessed by Ra and Lucy is determined to free her sister and keep Ra from reshaping the world in his image.

There is one small problem. Lucy has been murdered. However, she’s not about to let a small detail like that keep her from correcting her mistakes. Lucy will save Octavia, even if it kills her again. 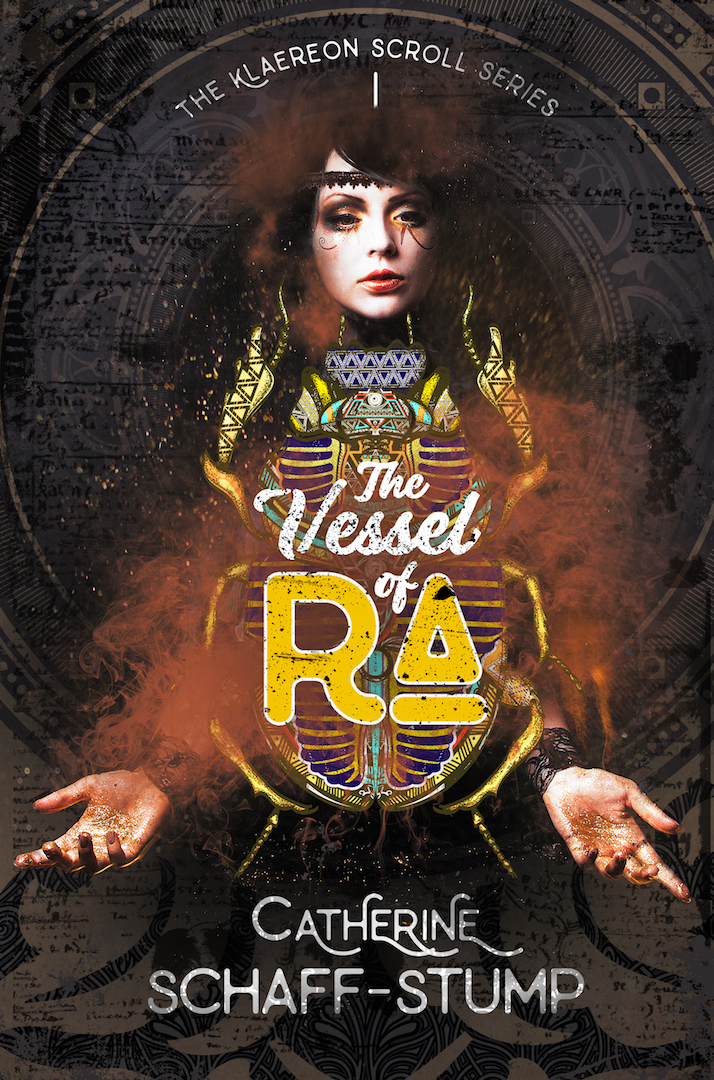 The Klaereon family has haunted me since 2002. Inspired by another author’s work, in search of an explanation for one character’s machinations, a voice in my head told me that he would tell me a story.  Tell me a story he did. The Vessel of Ra is the beginning a 90-year ascent from Gothic darkness, spanning four generations.

The Vessel of Ra begins in 1837 Venice, a decaying city that has been buffeted back and forth between the French and the Austrians a couple of times. In this setting, Lucy Klaereon decides she will kill herself to avoid her family’s dark fate. For good and for ill, she is rescued by alchemist Carlo Borgia, and sets about changing her destiny. The odds are against her because she is in a Gothic novel.

Gothic tales are multi-faceted. The Klaereon ancestral home, Mistraldol, has been merged with the Abyss, so you never know what you will find in its rooms. Like the characters in Oscar Wilde’s The Picture of Dorian Gray, Octavia Klaereon and her father Caius typify the Gothic at its worst—broken people who spiral into their own insecurities and excess. Like Jane Eyre in her titular novel, Lucy Klaereon takes it upon herself to be the salvation of the morally ambiguous.  All of these characters, including the settings, have light and dark in them. I loved writing this book, discovering gradations of morality as characters are presented with increasingly complicated elements of the supernatural and increasingly complicated relationships among themselves. All of these people are broken, but they’re doing the best they can.

Because The Vessel of Ra is Gothic, gloom coats this novel like a rainy November day, and yet there are elements of hope and heroism. Drusus Claudian, Octavia’s newlywed husband, shines like a Noblebright hero who got off the plot bus at the wrong novel stop. Carlo Borgia assumes responsibility for his family’s crimes and becomes a man who jury-rigs his way out of magical situation after magical situation with virtually no magic at all. Lucy will stop at nothing to save her sister. The dark curse itself came about for the best of reasons. Can these characters overcome their baser natures, or will their efforts be thwarted by manipulative Egyptian gods, whispering shadows, and the specter of life on the outside of conventional morality?  Will the sinister nature of the Gothic win?

For me, the answers to these questions are not clear, even though The Vessel of Ra is finished. I hope you’ll read this book and discuss what you think these answers are with me.  Morality is complicated in the landscape of the Gothic.

Catherine Schaff-Stump writes speculative fiction for children and adults, everything from humor to horror. Her young adult Gothic historical fantasy The Vessel of Ra is available from Curiosity Quills. Cath lives and works in Iowa with her husband. During the day, she teaches English to non-native speakers at a local community college. Her most recent fiction has been published by Paper Golem Press, Daydreams Dandelion Press, and in The Mammoth Book of Dieselpunk. Cath is a co-host on the writing and geek-life fan podcast Unreliable Narrators.