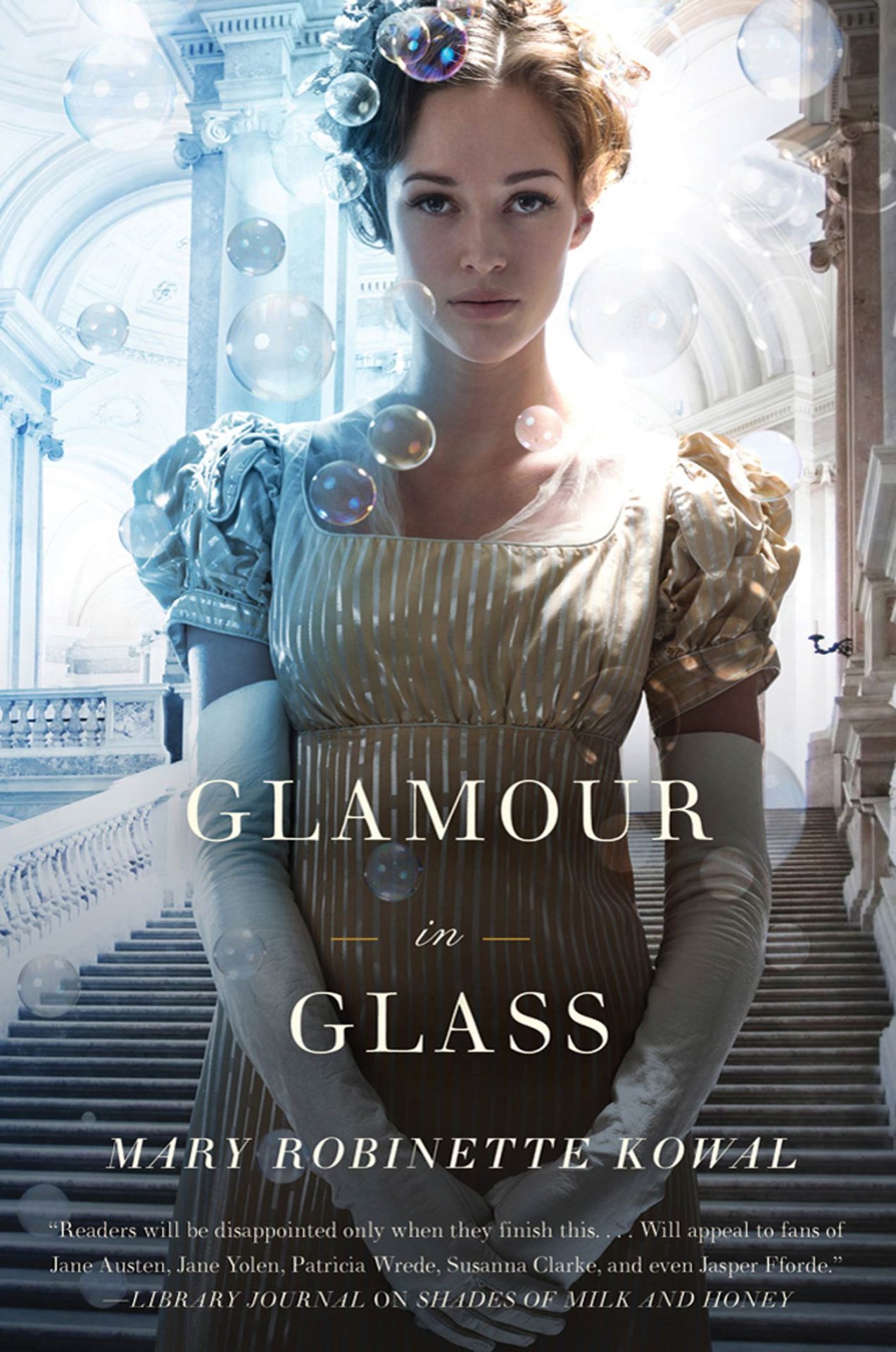 Mary Robinette Kowal stunned readers with her charming first novel Shades of Milk and Honey, a loving tribute to the works of Jane Austen, set in a world where magic is an everyday occurrence. This magic comes in the form of glamour, which allows talented users to form practically any illusion they can imagine. Shades went on to earn great acclaim, became a finalist for the prestigious Nebula and Locus Awards, and left readers eagerly awaiting its sequel, Glamour in Glass, which continues to follow the lives of beloved main characters Jane and Vincent, with a deeper vein of drama and intrigue.

In the tumultuous months after Napoleon abdicates his throne, Jane and Vincent go to France for their honeymoon. While there, the deposed emperor escapes his exile in Elba, throwing the continent into turmoil. With no easy way back to England, they struggle to escape. But when Vincent is captured, Jane is left use her glamour to rescue her husband from prison… and hopefully prevent her newly built marriage from getting stranded on the shoals of another country’s war.

“The setting and the intricate techniques of glamour manipulation continue to intrigue, and the thoughtful portrayal of the difficulties of Jane and Vincent’s affectionately nontraditional partnership is thoroughly engaging.”