Charles Soule is joining us today to talk about his novel The Oracle Year. Here’s the publisher’s description:

From bestselling comic-book franchise writer Charles Soule comes a clever and witty first novel of a twentysomething New Yorker who wakes up one morning with the power to predict the future — perfect for fans of Joe Hill and Brad Meltzer, or books like This Book Is Full of Spiders and Welcome to Night Vale.

Knowledge is power. So when an unassuming Manhattan bassist named Will Dando awakens from a dream one morning with 108 predictions about the future in his head, he rapidly finds himself the most powerful man in the world. Protecting his anonymity by calling himself the Oracle, he sets up a heavily guarded website with the help of his friend Hamza to selectively announce his revelations. In no time, global corporations are offering him millions for exclusive access, eager to profit from his prophecies.

He’s also making a lot of high-powered enemies, from the President of the United States and a nationally prominent televangelist to a warlord with a nuclear missile and an assassin grandmother. Legions of cyber spies are unleashed to hack the Site — as it’s come to be called — and the best manhunters money can buy are deployed not only to unmask the Oracle but to take him out of the game entirely. With only a handful of people he can trust — including a beautiful journalist — it’s all Will can do to simply survive, elude exposure, and protect those he loves long enough to use his knowledge to save the world.

Delivering fast-paced adventure on a global scale as well as sharp-witted satire on our concepts of power and faith, Marvel writer Charles Soule’s audacious debut novel takes readers on a rollicking ride where it’s impossible to predict what will happen next. 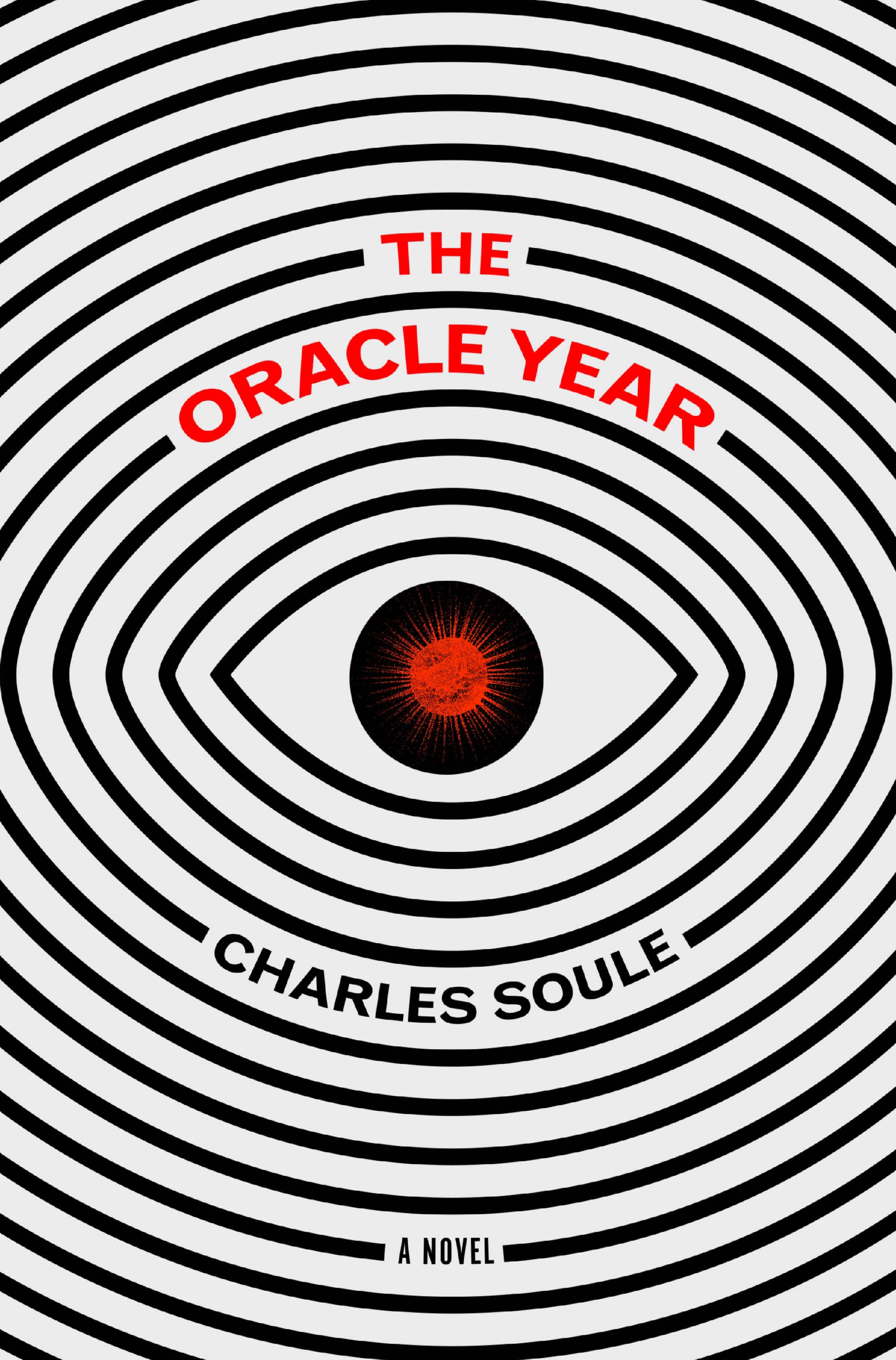 Well, first and foremost – spoilers. It’s hard to talk about my favorite part of my debut novel The Oracle Year without giving away some of the plot… but I’ll do my best. The book is about the appearance of a real-deal prophet in the world, a New Yorker in his late twenties named Will Dando. This otherwise ordinary guy has one hundred and eight specific future events revealed to him, all set to happen over roughly the next year. When the first few come true, he has to try to understand why he was given such an incredible gift/curse and, more importantly, what he’s supposed to do with them.

The book follows Will’s story as the Oracle, but also the way the Oracle’s presence affects the world – and it does, massively. Every aspect of human society is changed in one way or another, from politics to religion to economics to pop culture. I think we all want to know what’s going to happen next, and if someone were out there who could actually tell us… well. It’d flip the whole world on its ear – and so it does, in The Oracle Year.

There are a lot of parts I love about the story, which is a good thing, because in order to live with a book for the years it takes to bring it into being, you better love a lot of it – if not the whole dang thing. Some of the parts I love are the parts you’ll never get to see, in fact, the bits I cut to get the novel down to a publishable length. There are a number of alternate versions of the big “Interview with the Oracle” scene, including one set on a boat floating off the Long Island coast. There’s a fully written chapter set at the Lucky Corner Massacre. There’s an interlude built around the reaction of a young woman who was the subject of an Oracle prediction stating she’d win the lottery, and what she does with her winnings. There’s a scene when the Oracle first realizes he’s the Oracle. More than that, too, “deleted scenes” of all types, not to mention the cut lines, cut words… in a way, they’re all my favorite bits, because I love the whole book, in all its incarnations.

But none of that’s really fair to you, the person reading this right now, since you’ll probably never seen any of that. So, I’ll select a section from the finished book, something you can actually read, if you’re kind enough to pick up my novel. One of Will Dando’s predictions is just a set of three numbers: 23-12-4. He doesn’t know what they mean, and the reveal is a big plot point from the ending, so I won’t spoil it here. What I will say is that Will spends a bunch of time and money trying to figure it out for himself. He hires a bunch of consultants from all disciplines – mathematicians, codebreakers, numerologists, astronomers, you name it. (He gets very rich at one point in the book, which is how he’s able to afford all of that.) One of the consultants, a numerologist/kabbalist, tells him that the numbers might refer to a certain Bible verse. When the first letters of each line in that verse are lined up, they form an anagram which, when unscrambled, reads ‘God quit the sad task,’ with two letters left over: W and D.

Now, remember that the prophet’s real name is Will Dando. W and D. Will didn’t tell the numerologist his actual name when he commissioned the report, so to the analyst, the W and D are just two random letters. To Will, though, they read like a sign that the message was created especially for him – in an ancient religious text. He’s not sure what it means, if anything, but it freaks him right out. This ends up being a red herring in the story, just a coincidence, but it gives that part of the book a very cool frisson of “oooh, what does that mean?” possibility that I think is a lot of fun.

The Oracle Year is full of a bunch of things like that – so why is this my favorite bit? Because it’s true. When I was trying to think of fun things to do for alternate explanations of the 23-12-4 numbers, I did a bunch of research. I found that verse, figured out the anagram, and then saw that it ended up with two leftover letters that just happened to be the initials of my main character. An incredibly fortunate coincidence, just a happy accident, but the kind of thing I knew I could really run with – and I did.

For me, writing a novel generally starts in one place and ends somewhere very different, and that journey is fueled by amazing, unexpected connections you make between your ideas as you go. Something you never could have seen coming until you were deep into the story ends up pushing everything in a new direction. Makes for quite a ride, and it’s often one of the best parts of writing something big. For me, 23-12-4 is representative of that concept as a whole, and that is why it’s my favorite bit.

Charles Soule is a musician, attorney and the New York Times bestselling author of numerous comics titles for Marvel, DC, Image and other publishers, with over 2.2 million individual comics sold in 2017 alone. He is best known for writing Daredevil, She-Hulk, Death of Wolverine, and various Star Wars comics from Marvel Comics, as well as his creator-owned series Curse Words from Image Comics and the award-winning political sci-fi epic Letter 44 from Oni Press. Letter 44 was an official selection of the 2016 Festival International de la Bande Dessinée in Angoulême, France, which recognizes the finest graphic titles published in the French language. Soule also received the 2015 Stan Lee Excelsior Award for Superman/Wonder Woman Vol.1: Power Couple. His series Twenty-Seven (with Renzo Podesta) and She-Hulk (with Javier Pulido and Ronald Wimberly) were included on the “Great Graphic Novels for Teens” list from the Young Adult Library Services Association in 2012 and 2016, respectively.