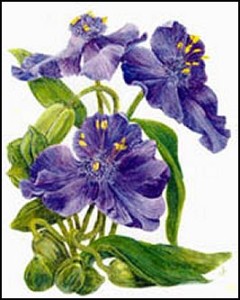 Back in early 2012, I broke one of my molars. Rob and I were strapped financially. We were not sure how we were going to cover the cost of having the tooth dealt with. During the midst of that stress, I tweeted about the tooth.

Shortly after that, I got an email from Jim Fiscus. Jim is one of the current board members of SFWA is also involved in a charitable fund called The Clayton Memorial Medical Fund. The email was short and just let me know that the fund existed and that as a Pacific Northwest SF writer, that I was a) eligible and b) this was exactly what the fund was designed for.

I replied, “It’s funny how strong the impulse is to say that we can manage, but the truth is this would be amazing.”

The Clayton Fund gave us $1000, which covered most of the cost and provided a huge, huge emotional relief. We’re since on sound financial footing and have donated that money back to the fund.

Now they are running a fundraiser and I’m coming to you to help.

The people who receive aid are anonymous. You won’t know who you have helped, but you will have helped. And let me say for that person, thank you.

The Clayton Memorial Medical Fund helps professional science fiction, fantasy, horror, and mystery writers living in the Pacific Northwest deal with the financial burden of medical emergencies.  Even with insurance, co-pays can quickly add up to thousands of dollars, and over the past few years, we have faced a heavy draws on our money.  The Fund is now down to a few thousand dollars.

The Clayton Fund was founded seventeen years ago by Oregon Science Fiction Conventions, Inc. (OSFCI) in response to the illness of Portland writer Jo Clayton.  Our initial money came from a national campaign by writers and fans of science fiction and fantasy to help Jo and other writers.  The Fund has since assisted many writers in the region deal with medical and dental emergencies.

As part of OSFCI, the Fund is a 501(c)(3) non-profit organization.  Donations to the fund are tax deductible and often qualify for matching donations from employers.

Donations can be made using PayPal through the Fund’s Web site (http://www.osfci.org/clayton) or mailed to:

Please be sure to include full contact information so we can mail you a letter acknowledging your donation.

1 thought on “The Clayton Memorial Medical Fund and how it helped me.”